From humble beginnings first built in the garage, the real motivation behind JagClamp came from a history of witnessing many work-related accidents caused by outdated tools with weak gripping power. JagClamp aims to provide the next generation with the toughest, quickest, and safest line stretcher on the block with one mission in mind: keep all workers safe.

The motivation behind JagClamp came from a history of witnessing many work-related accidents caused by outdated tools with weak gripping power. Line blocks are a simple tool, but lacks the tight and secured grip that JagClamp packs. When applying a line on a long-walled course, the tension of the string becomes powerful and very hazardous. Any accidental bump or release can cause the line block to become a high-speed projectile potentially causing severe injuries, becoming both the worker’s and contractor’s problem.

Accidents can happen anywhere, so reduce the risk from the job site. JagClamp is the multipurpose hand-tool but, more importantly, the safer tool that supports long walls and high tensions.

For it’s versatility, ease, and safety, JagClamp was awarded the 2017 Most Innovative Product, Expert’s Choice.

Jagclamp was met with a huge surprise of interest that attracted masons, contractors, distributors, and other professionals in various trades. 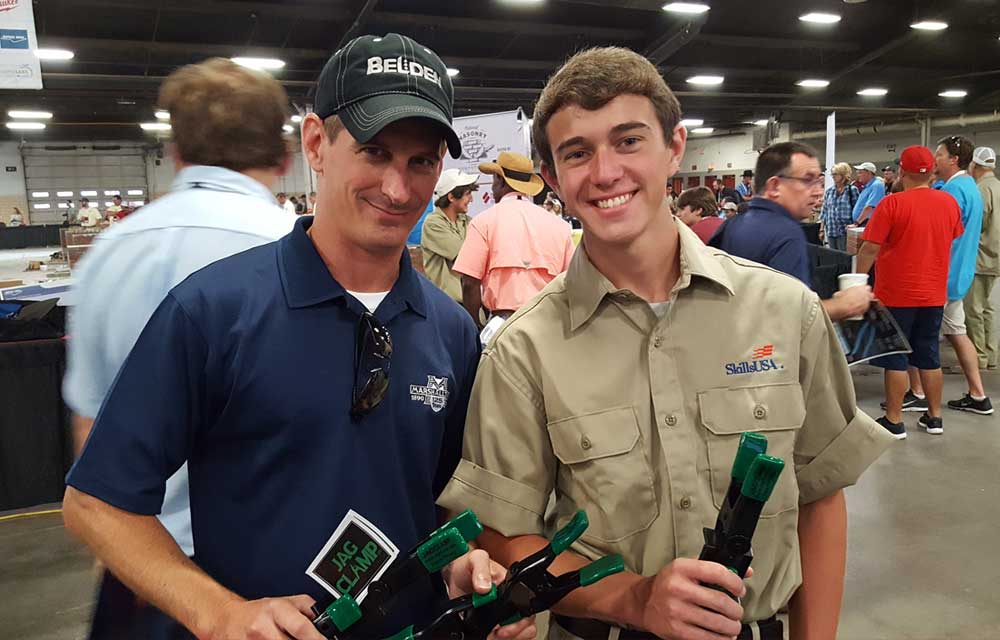 With the new generation of students moving into the masonry trade, tools design as old as the 50’s are still being taught with the possibility of having dangerous results and setbacks for contractors.

JagClamp was introduced to SkillsUSA, an association dedicated to training and improving students as future masons, and instructors, students, and especially parents saw the simplicity, performance, and safety for their crafts.

Creating a productive and safer future. 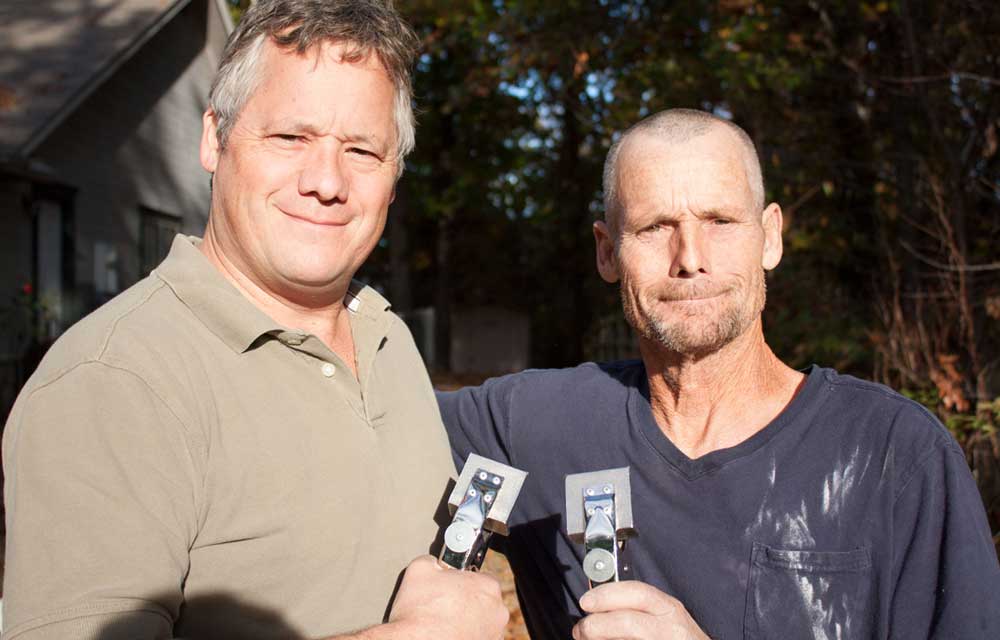 JagClamp began with the idea of two brothers, Andy Green and James “Jay” Green, and became inspired by methods to reduce time and increase effectiveness of line stretchers. The idea came from Jay to use a clamp to switch from one block to another without having to switch tools and waste the time masons could be making per block they lay.

Andy saw the idea was great but the design was too rudimentary. He blueprinted several different alterations that made JagClamp the effective tool many masons and laborers alike demanded on their job sites.

Jay witnessed many accidents over the years and saw several of his colleagues being hit by a loose line block and was sent home to miss a day of work. The line block was placed on a 50’ wall and came loose, and with the tight tension came flying down and striking his colleague right on the leg, leaving a tattoo their he won’t forget. With this in mind, Andy repurposed the clamp to have a tight hold on the block that would reduce the chances of flying hazardous objects putting workers out of jobs and contractors dealing with workers comp. Jay took the improved JagClamps on all of his jobs and all his workers began asking where they could find a pair!

We began from building JagClamps in our own garage and selling them to different job sites around Northwest Arkansas and was met with great response. ABC Brick + Block was the first store to purchase and sell our JagClamps, followed by Midwest Block, and now in over 100 stores across the United States.